When then-Vermont governor Howard Dean launched his presidential exploratory committee in 2003, he was far from a household name. Within just a few months, however, Dean managed to turn his relatively unknown status on its head, and despite coming up short of the Democratic nomination, he still considered himself a winner.

Because Howard Dean made it cool to announce early.

Over a decade later, Dean’s impact can still be seen: the Iowa caucuses are 13 months away, but Elizabeth Warren has already announced her presidential exploratory committee, and others are taking steps to do the same.

But alongside all the electoral excitement comes a range of misconceptions, also brought on by Dean’s 2004 run. Namely, it’s often held that candidates gain an inherent advantage by announcing their campaigns before anyone else.

Let’s put that to the test by looking at three suppositions related to early campaigns.

“The early bird gets the worm. And by ‘worm,’ I mean ‘the best campaign staffers.'”

An old adage rears its head in politics, and at first, it makes sense — if you announce your presidential campaign before anyone else, job-hungry analysts and staffers will flock to you, since you’re the only option.

Elizabeth Warren has already recruited Obama’s chief digital strategist, along with a handful of other top Democratic operatives. Good pickups in and of themselves, these individuals are also now off-limits to Kamala Harris, Joe Biden, or anyone else who may toss their hat into the ring…in theory.

In practice, political campaigns see a lot of turnover, especially in recent years; even high-profile members of successful campaigns don’t always make it to the end. It’s even possible for operatives to move from one campaign to another.

So while Warren gets to keep these staffers for now, there’s no telling if they’ll be around for the long haul.

“The first campaign attracts the most attention, because, well, they’re the first!”

To test this claim, I looked at the Google Trends data for major presidential campaign launches in 2008, 2012, and 2016. The below graphs show the interest in a candidate during the week of their announcement. Higher peaks indicate more buzz, and earlier launches are to the left: 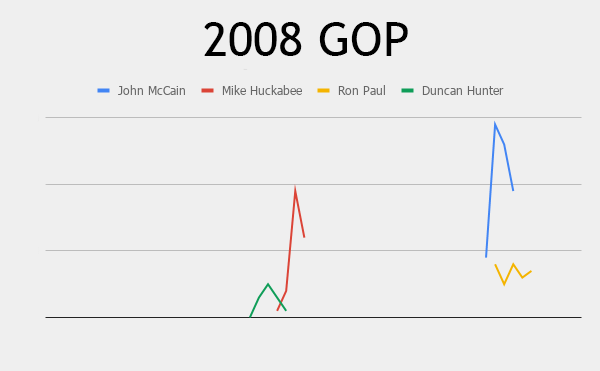 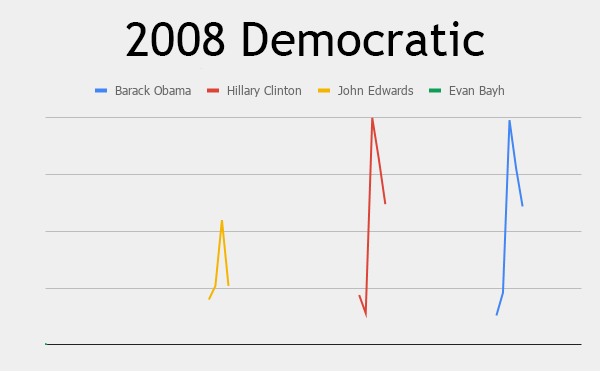 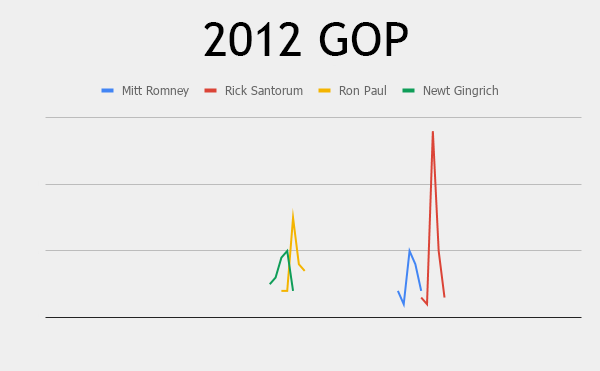 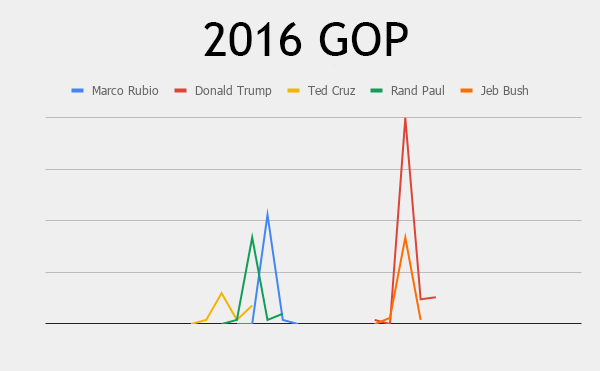 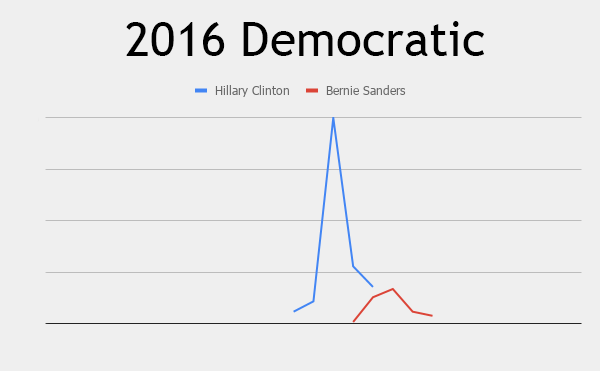 As you can see, almost every politician saw an increase in attention after announcing their campaign, and even then, the earliest candidate got the most buzz only once.  The interest surrounding then-Indiana Senator Evan Bayh’s 2008 Democratic bid (the first announced that year) was so small, in fact, his line’s barely even visible on the graph!

These charts make it clear: publicity boosts have little to do with the time at which a campaign is launched. Rather, it seems that candidates generate the biggest buzz if a) there was prior hype surrounding their announcements, or b) if they were already doing well in polls. That said, it will be interesting to see how Elizabeth Warren compares to other 2020 candidates in this regard.

And I don’t want to read too much into the tea leaves, but apart from 2012’s GOP contest, the candidate with the biggest leap ended up winning the nomination. Hmm…

As far as this post’s discussion goes, perhaps the most pertinent question is whether or not these early campaigns actually win their primaries. Well, the short answer “sometimes”: 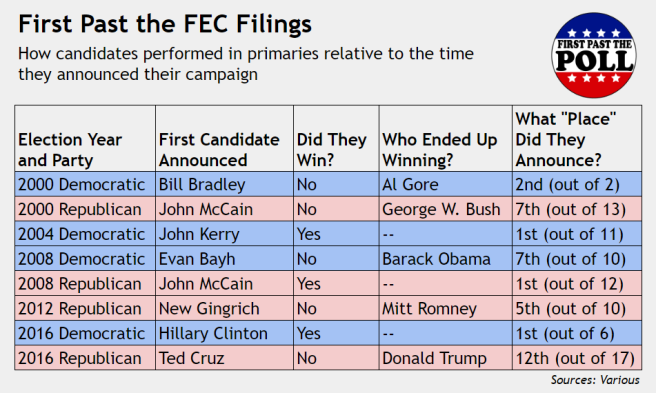 The above chart demonstrates that there isn’t much of a connection between launching a campaign early and winning a primary. The main commonality is this — waiting appears to backfire, since most of the eventual nominees chose to announce in the first half; but as long as you’re not last, it doesn’t matter if you announce first or fifth.

Based on when she chose to launch her exploratory committee, will Elizabeth Warren win the 2020 Democratic nomination? Who knows.

Of the three examined suppositions in this piece, the most likely edge of early campaigns is favorable access to campaign staff, but even this is far from guaranteed. Likewise, the other two advantages seem to have practically no rhyme or reason.

Thus, the biggest takeaway is something to which I alluded earlier: it doesn’t really matter if you announce early, as long as you don’t announce late. In other words, the secret ingredient to running a successful campaign has little to do with when it formally begins, and everything to do with how candidates capitalize on opportunity.

So, presidential hopefuls — take your time. Just make sure you’re not wasting it.

Bradley is a political data analyst, and the owner of First Past the Poll. View all posts by Bradley Wascher